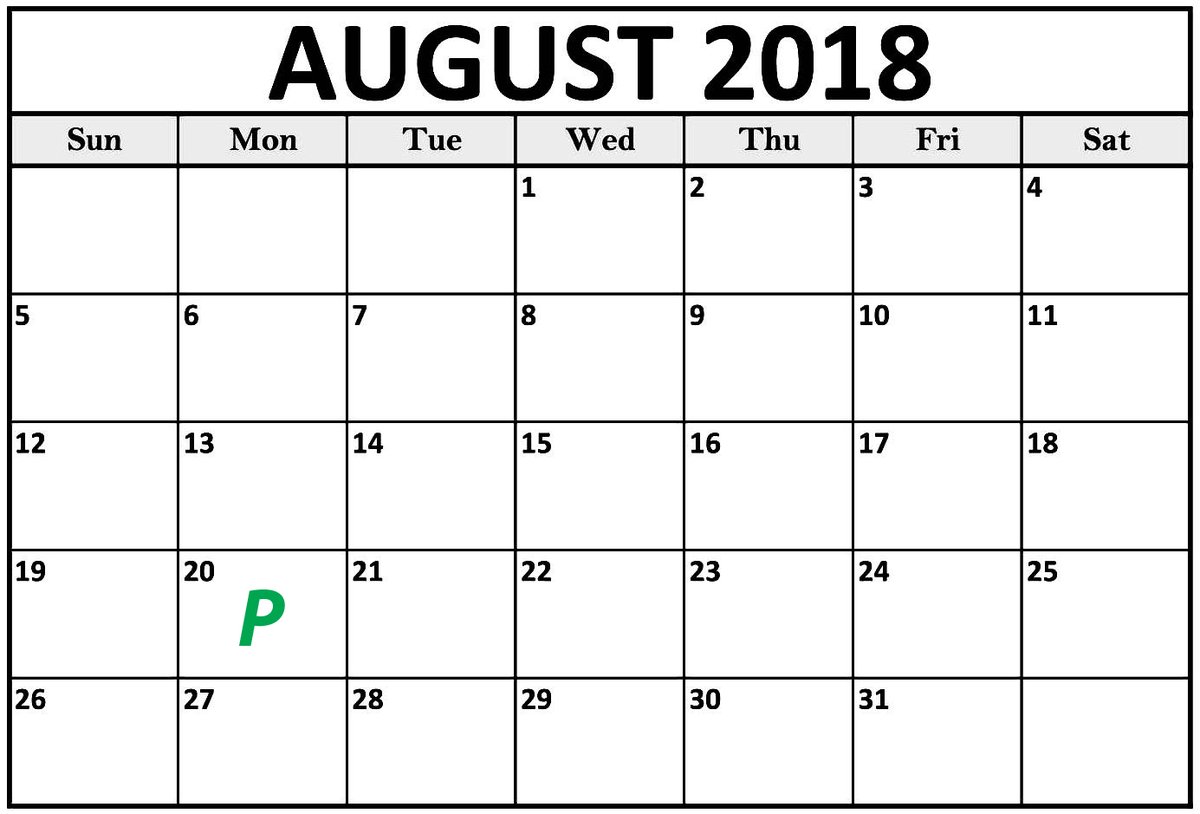 Google is gearing up to release the next-generation Android P or Android 9 on August 20. Evan Blass aka @evleaks took to Twitter and disclosed the possible launch of the Android P in the form of a calender. He tweeted the calendar of August 2018 and “P” in mentioned in Green color. Moreover, the alphabet is mentioned in capital letters. You can believe in the Blass tweet because he is a credible leaker.

It is to be noted that Google has been testing Android for the last several months and beta releases have been pushed to a few select smartphones. If Google releases Android P on August 20, then you can expect the gradual rollout to several devices by the end of 2018.

According to rumors, Google Pixel and Nexus smartphones will be the first to receive Android P after the official launch on August 20. We expect smartphones such as OnePlus 6 to push updates for Android P in December 2018 along with the launch of OnePlus 6T.

The market share of the Android 8 Oreo is comparatively less but nowadays manufacturers have been releasing new smartphones loaded with Android O. Google will also most likely launch Android P Go, which will be a trimmed operating platform. You will be able to install the Go variant in low powered smartphones.

Google is scheduled to release Pixel 3 and Pixel 3 XL in October, which will be pre-loaded with Android P. The currently available Pixel devices will receive the update only after October followed by other smartphones. Even though the new platform will release on August 20, it will take a few days for the new software bits to hit the smartphones.

Asus ZenFone 5Z Gets Better With Performance Enhancements Via Update