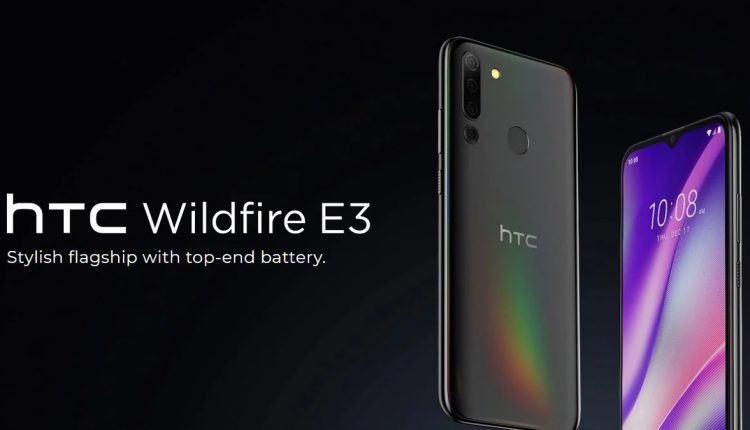 The HTC Wildfire E3 boasts a 6.5-inch HD+ IPS display with a resolution of 1560×720 pixels. On the internals, the Wildfire E3 is powered by MediaTek Helio P22 processor, 4GB RAM coupled with up to 128GB expandable internal storage. You will be able to extend the storage up to 128GB via microSD card slot. The smartphone is pre-loaded with Android 10 operating platform.

Talking about the optics, the HTC Wildfire E3 comprises a 13MP (f/2.0) primary sensor, an 8MP (f/2.2) ultra-wide-angle sensor, a 2MP (f/2.4) macro, and a 2MP (f/2.4) depth sensors respectively. The selfie camera offers a 13MP sensor with an f/2.0 aperture. In addition to Wi-Fi, the Wildfire E3 provides support for Bluetooth, GPS, headphone port, and a USB Type-C port. The handset ships with several sensors such as ambient light, proximity, accelerometer, and a dedicated fingerprint sensor.

The HTC Wildfire E3 is available in 4GB RAM comprising 64GB and 128GB storage capacities. We don’t have any official confirmation about the pricing of the device but it could be EUR 150. The company is yet to reveal the International availability of the smartphone.