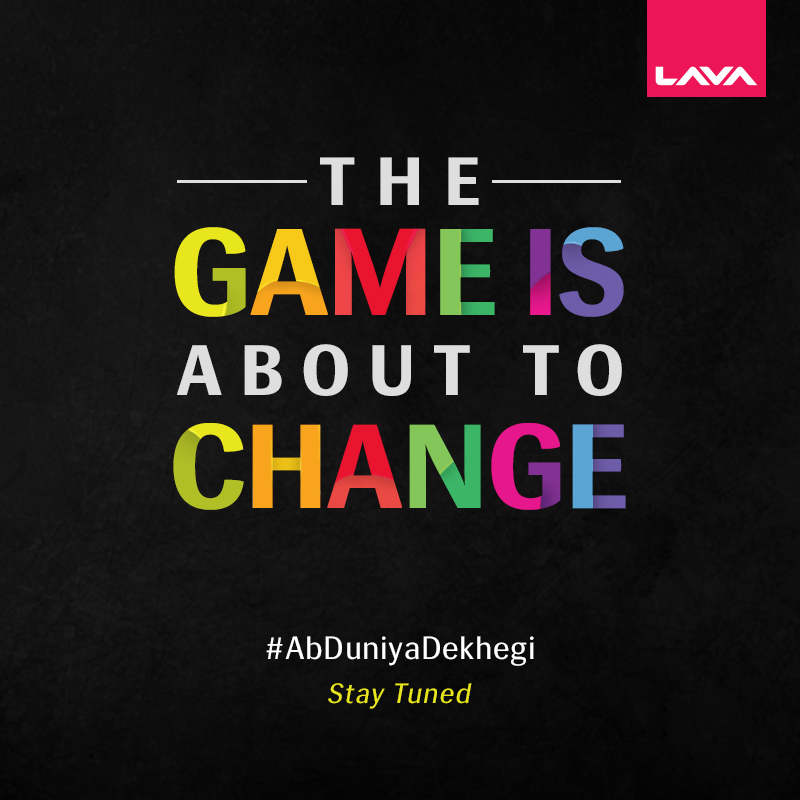 After the grand re-entry of Micromax, it’s now the turn of Lava. The company has announced the launch date of the upcoming Make in India smartphones. The new Lava smartphones will launch on January 7 via YouTube. According to the reports, Lava will launch four smartphones priced between Rs 5000 to Rs 20000.

The company has tweeted the arrival of the upcoming Lava smartphones with the hashtags #AbDuniyaDekhegi and #ProudlyIndian. The launch of Lava devices under #ProudlyIndian hashtag assumes importance with the deep anti-China sentiment prevailing in India. The new handsets will set new benchmarks in the smartphone industry segment.

Come join us on 7th January, 2021 on Lava YouTube and Facebook handles to witness the game changing moment in Smartphone Industry.#AbDuniyaDekhegi#ProudlyIndian pic.twitter.com/ERX8Sy9ani

Lava hasn’t yet revealed the features and specifications of the upcoming Make in India smartphones. However, we expect the addition of a dew-drop notch display with minimal bezels. There is also a possibility of the inclusion of a 48MP primary camera sensor. You can expect latest hardware with the handsets. That said, Micromax will have a tough time because of the immense competition from Lava. If more companies enter the Indian smartphone manufacturing segment, then it will be tough for Micromax to attract customers.

It all depends upon how companies like Lava will tap into the latest smartphone market in India. Even though Xiaomi, Oppo, and Vivo manufacture in India, the spare parts are normally imported from China. However, people are looking for products that are completely designed, manufactured and assembled in India.

The entry of Chinese companies in India has silenced Micromax and Lava with people buying their devices from online and offline stores. The game has changed with Chinese forces clashing with Indian army in June causing casualties. The whole incident has irked India and Prime Minister Narendra Modi announced the Atmanirbhar Bharat initiative to motivate Indian companies to find out Chinese alternatives.

That being said, Micromax had used batteries made in China along with the much-hyped In Note 1 smartphones. The company heavily marketed smartphones as Made in India. The main reason for this is because of the uncertain supply-chain constraints. However, the company had manufactured the battery for the phone in India but the required certification was not received before the official launch.

We expect the addition of the Indian battery in the upcoming Micromax smartphones. It took several years for the Lava to make a grand comeback because of the intense competition. With people mainly Nationalists started to ditch Chinese products, the enter of Micromax and Lava will bring in rich dividends. The road ahead is tough and Indian companies should tap the market by establishing modern manufacturing plants across India.

Xiaomi MIUI 12.5 To Ship With Improved Features and Capabilities