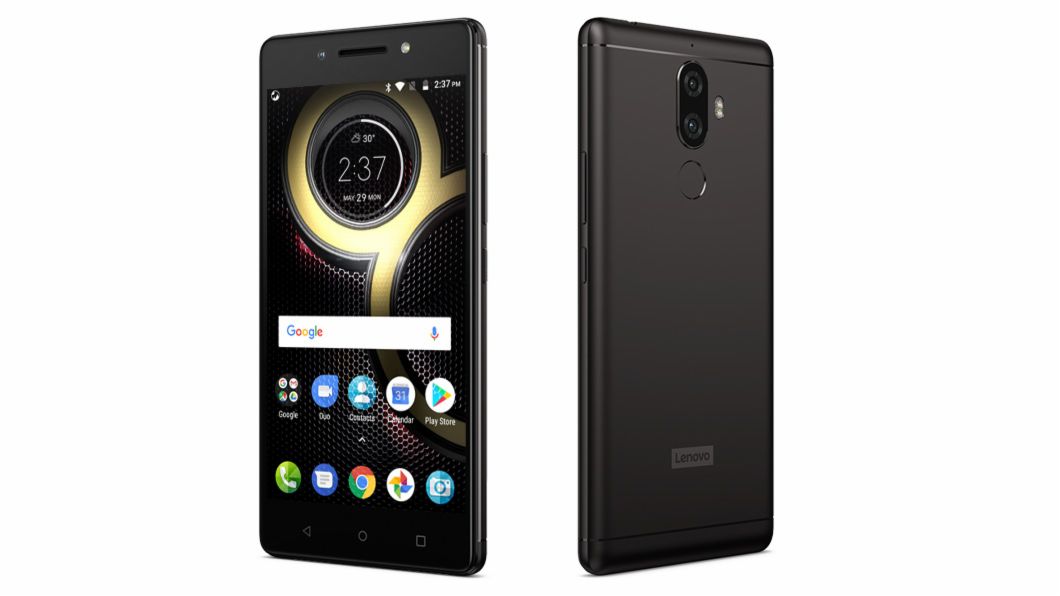 Lenovo is scheduled to release Lenovo Z5 smartphone in China on June 5. With only a few hours left for the official launch, a smartphone with model Lenovo Lenovo L78011 aka Lenovo Z5 has surfaced on Geekbench. With motherboard sdm660, the upcoming Lenovo Z5 will be equipped with a Snapdragon 660 processor alongside 6GB RAM.

According to Geekbench, the Lenovo Z5 will have one processor paired with 8 cores. The chipset will run at a clock speed of 1.61GHz, which is sufficient for running plenty of apps and games. 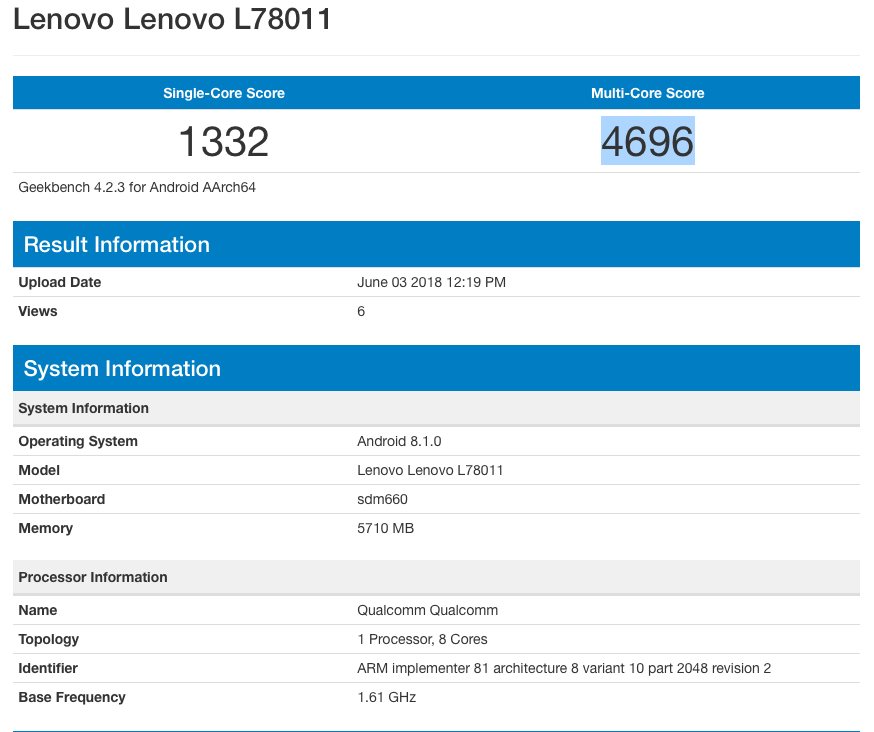 While the single core score of the upcoming Lenovo Z5 is 1332, the handset grabs a multi-core score value of 4696. The phone will be pre-loaded with Android 8.1.0 Oreo operating platform.

In all probability, the Lenovo Z5 will be equipped with an FHD+ display coupled with 95% screen-to-body ratio. The screen will be bezel-less without any borders. According to reports, the Z5 will be capable of extending up to 4TB storage via microSD cards. We are not aware of 4TB cards but the rumor mills state that the handset will bear massive expansion capabilities.

The Z5 will ship with 6GB RAM with a massive 4500mAh battery. The phone will be capable of delivering up to 45 days of standby time. You should accept the above facts only with a pinch of salt since there is no official confirmation. We will continue to dig for fresh updates. Stay tuned with Android Rules.