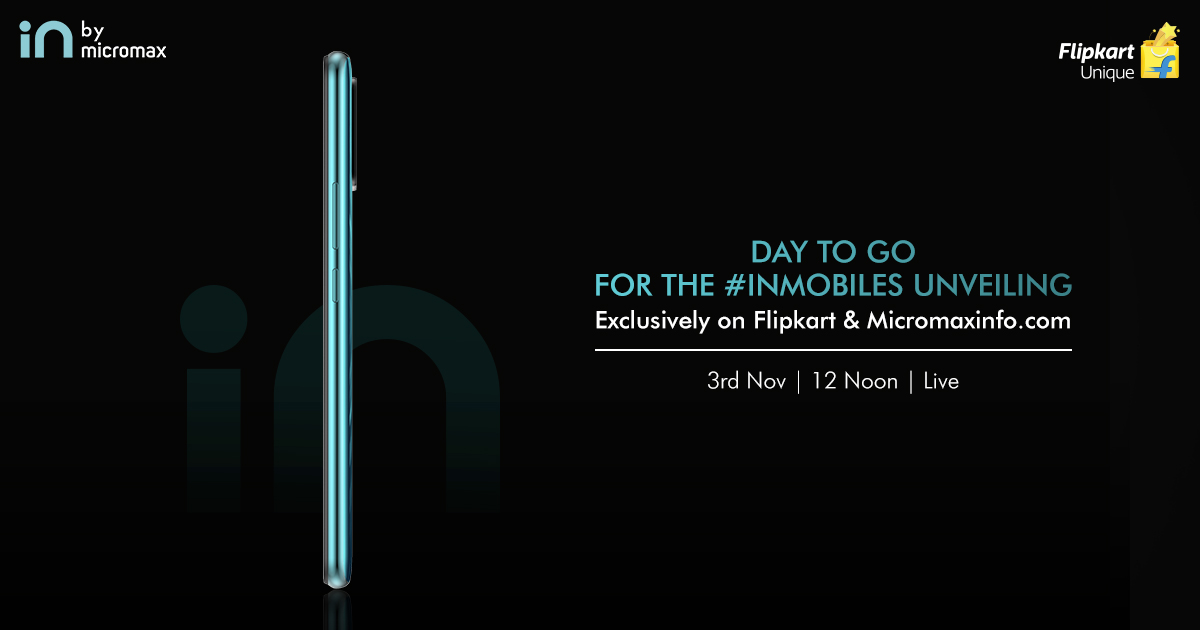 Micromax is gearing up to launch the next-generation Micromax In series smartphones. The launch will be held via online and was seen with much expectation amidst a bunch of teasers. The entry of Micromaz In series smartphones will set new benchmarks in the heavy competing smartphone market. Micromax will have to compete with the likes of Xiaomi, Realme, Oppo, Vivo, and Poco. According to sources, the upcoming Micromax In series handsets will be powered by MediaTek chipset. The company will probably release two smartphones but we don’t have any information about the specifications other than those roaming around in the rumor mills.

You will be able to watch the live proceedings of the launch event at 12 PM on the official social media handles of Micromax. You can also watch the live event on YouTube. The event will also be live-streamed on micromaxinfo.com.

In all probability, Micromax will release two smartphones under the In series. However, the official Instagram page has displayed three devices angles sideways. Hence, we can’t rule out the release of three smartphones.

The company has confirmed that the devices will be pre-loaded with stock Android without any ads or bloatware. We expect the smartphones will be powered by Helio G35 and Helio g85 processors. On the rear, you will be able to find “In” logo, which infers that the devices are Made in India. The handsets will be designed as per latest trends with an X-shaped gradient design.

The new Micromax In series is equipped with a 6.5-inch HD+ display and will carry up to 3GB RAM and 32GB storage. The handsets will include dual rear cameras coupled with a 5000mAh battery. The premium smartphone will be powered by the Helio G85 processor alongside triple rear cameras.

We don’t have any information about the features, specifications, and price of the new Micromax In series smartphones. According to sources, the new devices will be priced between Rs 7000 and Rs 25000 depending upon the specifications. The new devices will be available exclusively via Flipkart and the official Micromax portal. We don’t know when the company will throw open the devices to offline retailers.

PUBG shuts down in India amidst sweet memories

Micromax In Note 1, Micromax In 1b Smartphones with MediaTek Processor Launched