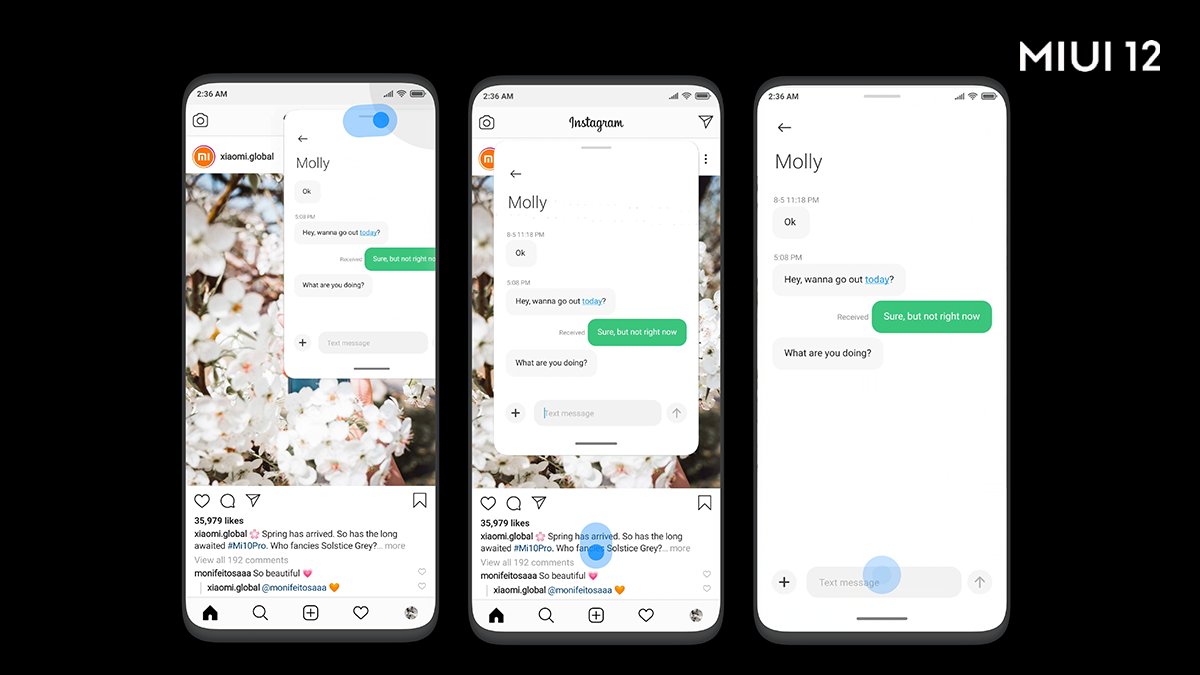 During the launch event, the company revealed that Mi 9, Mi 9T, Mi 9T Pro will also refresh with MIUI 12 in June. The company will also push the MIUI 12 global rollout update to several Xiaomi phones including the recently launched Redmi Note 9 in a phased manner. The latest update brings in a wide range of privacy features and user interface improvements. Xiaomi was widely criticized by people around the world because of the lack of privacy features. The Redmi K20 series users in India will also receive the update.

Xiaomi is yet to reveal the exact launch date of the MIUI 12 for the above-mentioned devices. We will continue to keep track of the developments and provide you will updates.

The MIUI 12 ships with plenty of new features such as a simplified interface, ultra battery saver, mixture of Graphics and Visuals, upgraded Dark Mode, refreshed system animations, navigation gestures, App Drawer including privacy enhancements. You will be able to choose location permission while working with the app. The MIUI 12 was released in China in April along with the official launch of the Mi 10 Lite Zoom, while the Global version was announced by the company on May 19.

iQOO Z1 5G with MediaTek Dimensity 1000+ Processor Launched: Everything you need to know