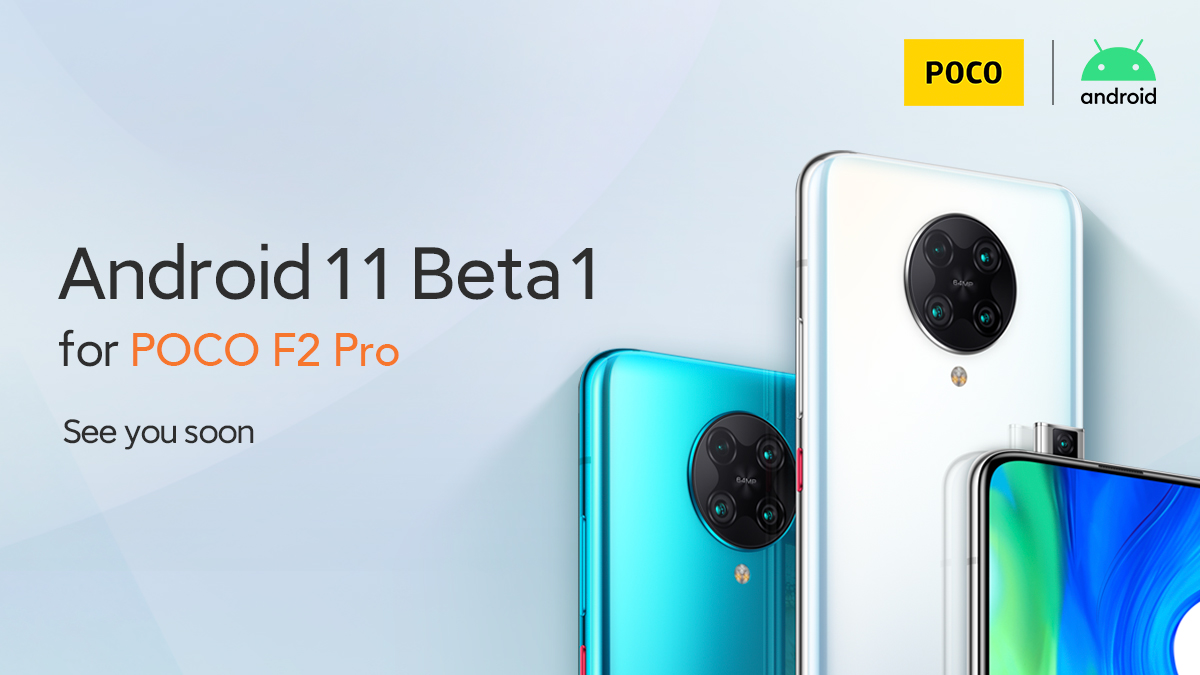 Poco has announced the imminent arrival of Android 11 beta 1 for the flagship Poco F2 Pro smartphone. The company took to Twitter and revealed that the Android 11 Beta 1 will soon hit Poco F2 Pro along with the hashtags #Android 11 and #POCOF2Pro. The tweet also prompts you to follow the official MIUI Twitter handle for more information about the upcoming developments.

The Poco F2 Pro is pre-loaded with MIUI based on Android 10. You will soon be able to work with Android 11 Beta 1 build if you own the device and register for the program. We don’t have any information about the exact availability of the Android 11 Beta 1 for Poco F2 Pro. Google is the first company to release Android 11 beta 1 for Pixel smartphones. The Pixel devices are part of Google and it’s just a matter of time before making it available via OTA.