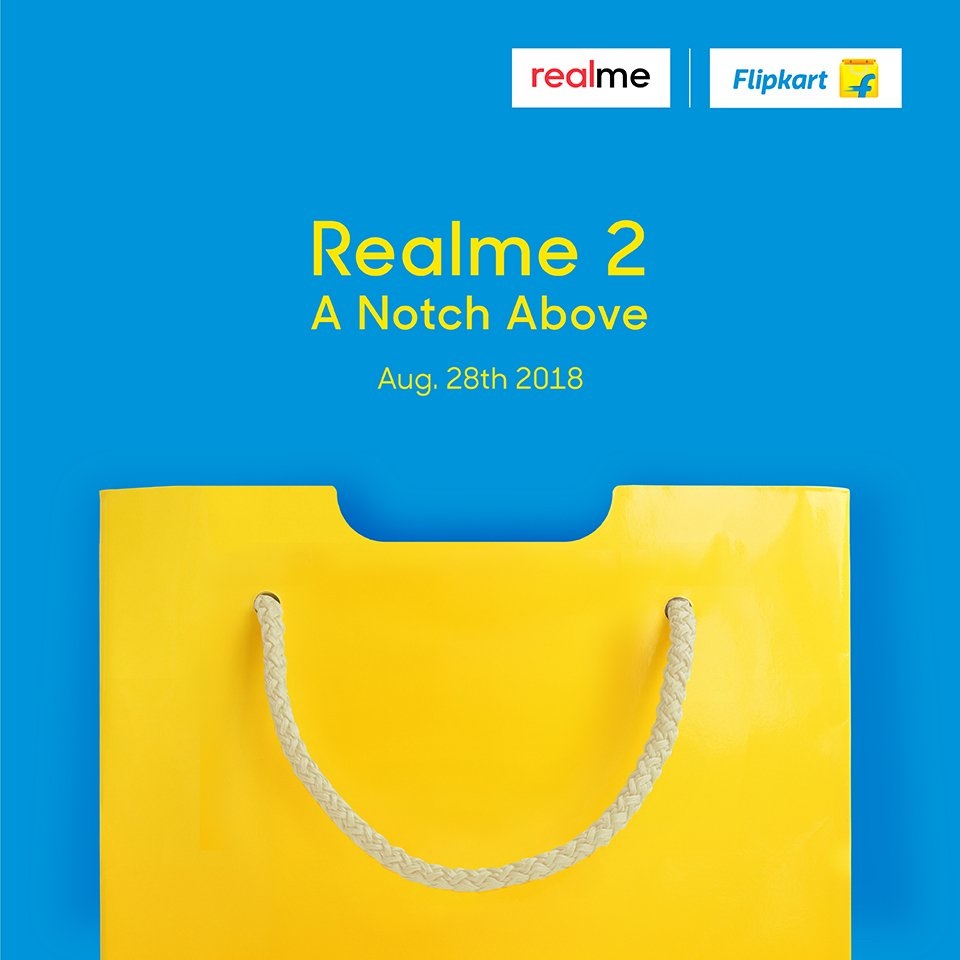 Realme 2 To Launch On August 28 As Flipkart Exclusive

Realme is gearing to launch the next-generation Realme 2 on August 28 with a notch display. The major change is that the company has decided to market the smartphone as Flipkart exclusive instead of Amazon. It’s clear that the smartphone didn’t get much market share from Amazon and the sales team want to test Flipkart.

The company has been teasing the release of Realme 2 on its official social media pages. Tagged with “A Notch Above”, the phone prompts users whether they are charged up. Interestingly, Qualcomm confirmed that Realme 2 will ship with a Snapdragon processor instead of MediaTek in the first version.

The Realme 2 will feature dual rear cameras placed horizontally coupled with a fingerprint sensor on the rear. The upcoming handset will be powered by a 4230mAh battery, which is 20 percent higher than the 3410mAh battery. The phone will provide support for all standard connectivity features and sensors.

The device will be designed using the diamond cut design and will be made available in Blue, Diamond Red, and Black color variants. Even though Realme was a branch of Oppo, the company has diversified as an independent company a few months back.

We will continue to keep track of the developments surrounding Realme 2. The exact specifications and price will be available on August 28.