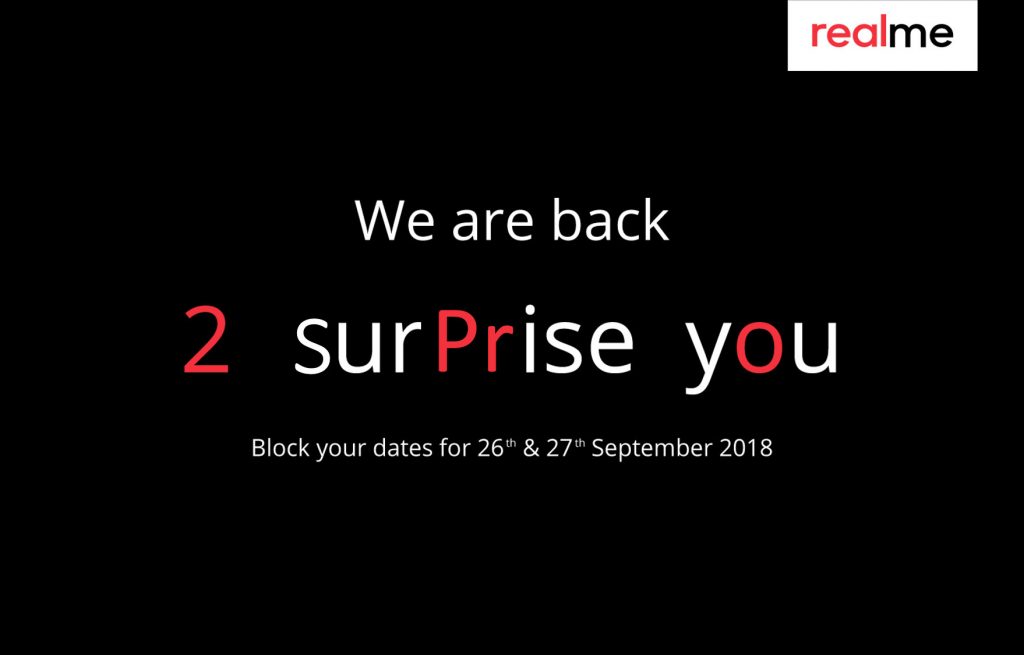 Realme has released a teaser, which showcases the upcoming Realme 2 Pro smartphone. The launch is completely different from the previously launched Realme 2 in August 2018. The company, which was separated from Oppo is slated to launch the new handset on September 27.

While the teaser caption reads as “Realme, Proud to be Young”, the Blackish launch invite reveals the phrase “2 Suprise You” with the alphabets 2, Pr and o marked in red color. The company has requested users to block September 26 and 27. We can expect a Red color variant of the device because of the nature of the invite. The video clearly shows the new smartphone with a waterdrop notch and the display looks significantly larger than the previous Realme counterparts.

The main highlight of the Realme 2 Pro is the addition of a Waterdrop notch on the front side alongside dual camera sensors on the rear side. As the name indicates, the internals will be improved when compared to the standard Realme 2. We can expect a powerful Snapdragon processor with 6GB RAM and 128GB storage.

Additionally, the forthcoming Realme 2 Pro will ship with a circle-shaped fingerprint sensor, which is different from Realme 2. The company is also planning to release the Aqua Blue color variant.