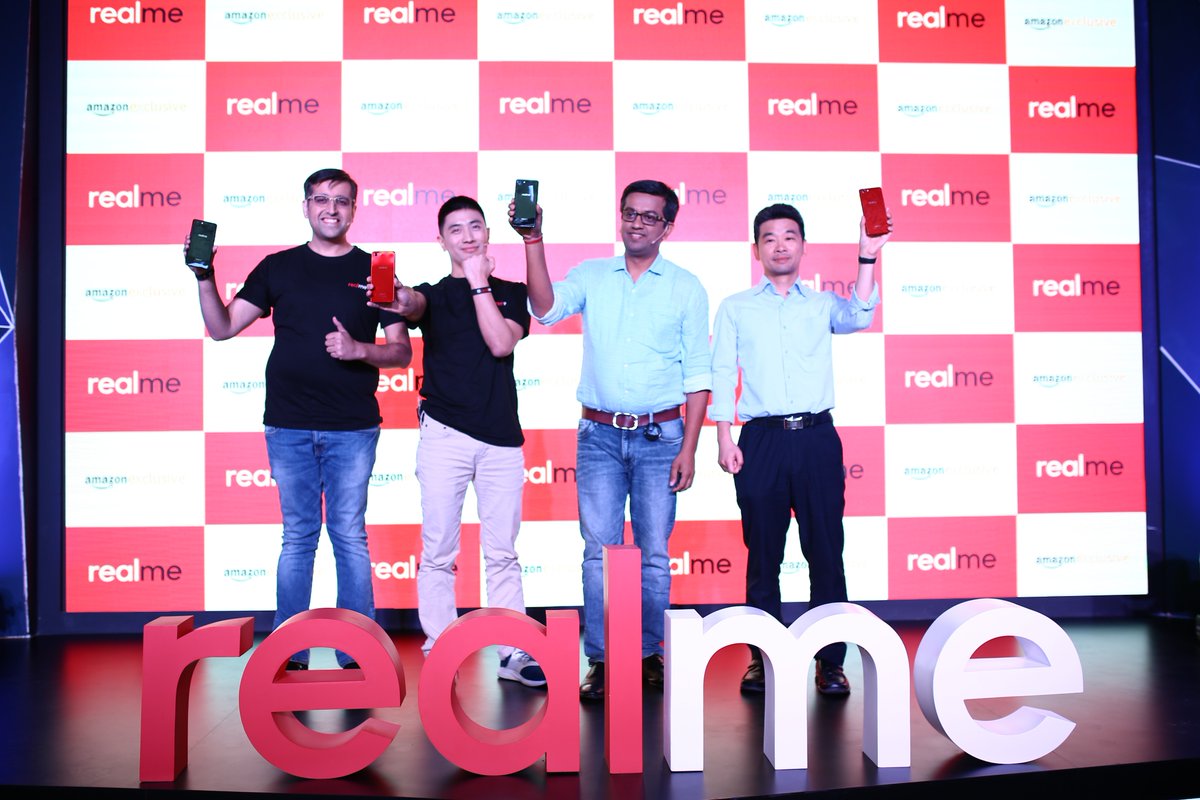 Realme is expected to release the next-generation Realme 3 smartphone before the end of 2018 with the emerging Helio P60 processor and 4GB RAM. The news assumes great significance with the handset with model number Realme RMX1833 appeared on Geekbench.

According to the information gathered from the benchmarking portal, the upcoming Realme RMX1833 will be powered by Helio P60 processor coupled with 4GB RAM. Interestingly, the company used the same processor as in the case of Realme 1 smartphone. Based on the rumors, the upcoming handset will be most likely Realme 3.

The new development has surprised tech enthusiasts since the Oppo-owned company claimed that they will be the first to ship new smartphones with Helio P70 processor.

It seems that the company has changed its mind since the latest Geekbench data confirms the presence of Helio P60 chipset with model number RMX1833. If you are unaware, the Helio P60 is based on the 12nm manufacturing process, which is capable of generating low heat. 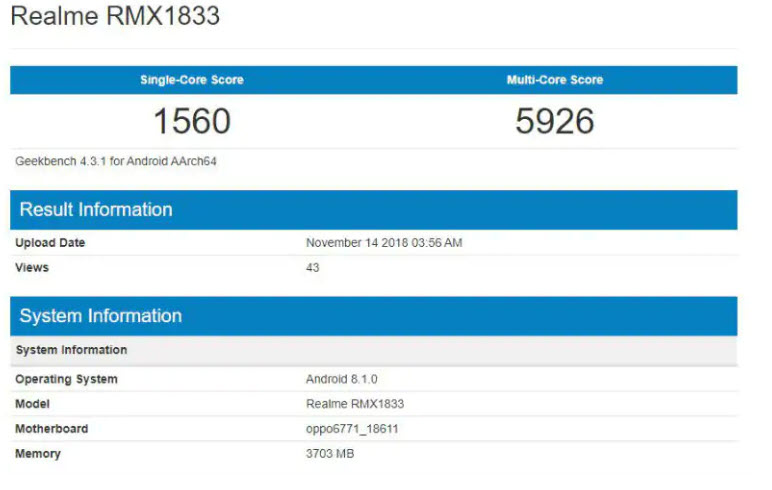 While the single core score of Realme 3 attains the value of 1560, the multi-core score is pegged at 5926. The upcoming Realme 3 will be pre-loaded with Android 8.1 Oreo, which helps you to work with all the latest features.

With motherboard value oppo6771_18611, the overall memory of the rumored handset is stated as 3703MB. It’s normal that benchmarking specifications will never mention full RAM and storage. Even though the RAM is stated as 3GB, we expect the company to ship the phone in 6GB variant as well. There is also a possibility of the addition of VOOC charging technology using which you can charge via 5V 4A specification.

The company recently released Realme C1 and Realme 2 Pro, which got rave reviews among tech enthusiasts. Moreover, the company claims that they had sold over 3 million handsets during the recently concluded Diwali celebrations and are stocking up for the Christmas and News Year sales.

OnePlus 6T Thunder Purple Announced: All you need to know