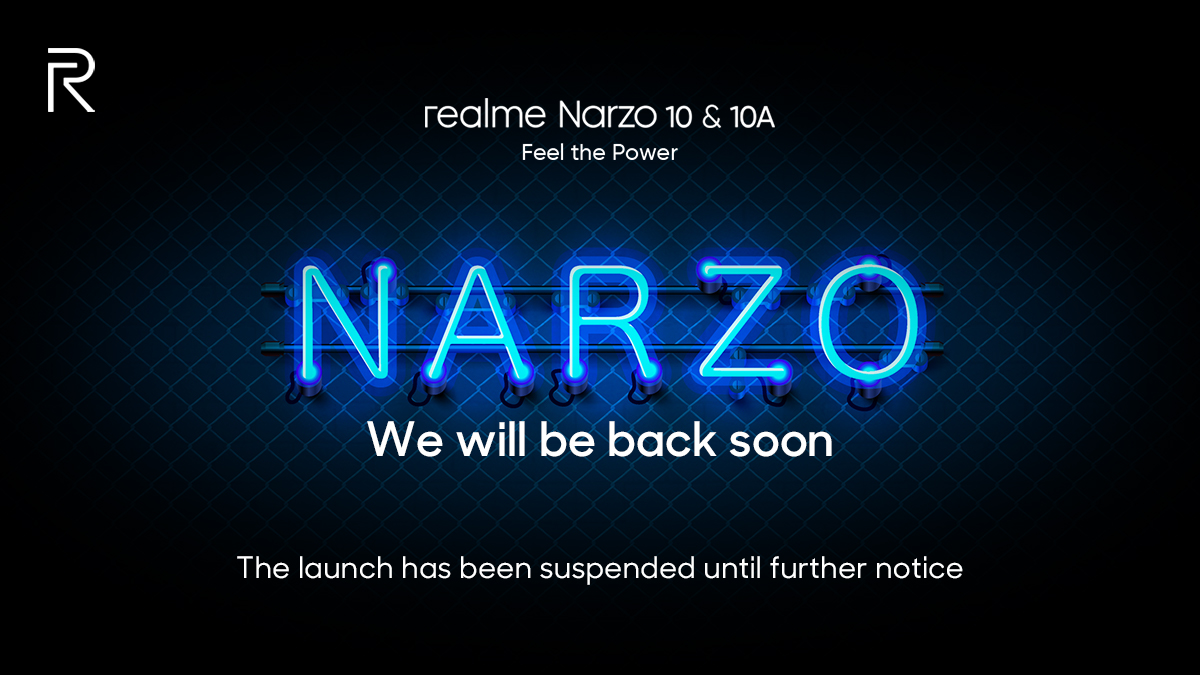 Realme has postponed the launch of Realme Narzo 10 and Realme Narzo 10A smartphones in India indefinitely. Hence, you will have to wait longer to experience the new features of the Realme Narzo. The new launch date will be announced only when the Government clears the air surrounding the lockdown. We expect the launch to happen only by the end of May 2020.

The company took to Twitter and added that a minor setback lays the foundation for a major comeback. The tweet also mentions about the indefinite postponement of the launch along with the hashtags #realmeNarzo and #FeelThePower. The company is yet to reveal the exact date of the launch of the Narzo series due to the ongoing lockdown. We expect the company to reveal the launch date only after May 3, when the Government takes a decision regarding the lockdown.

A minor setback lays the foundation for a major comeback. The launch of #realmeNarzo has been postponed until further notice. We will be back to make you all #FeelThePower. pic.twitter.com/0yBjc4EyZr

The company will reveal the launch date only when the Government permits the sale of non-essential products via e-commerce marketplaces. Previously, the Government had permitted sale of non-essential products by e-commerce companies from April 20. However, the officials reversed the decision and the decision regarding the functioning will be decided only after May 3.

The upcoming Realme Narzo is expected to ship with the latest trending specifications such as a large display, a powerful processor, enhanced RAM and storage including powerful battery. You can also expect excellent battery capacity with support for fast charging.

Honor 30 Pro+ with wireless charging support launched: All you need to know