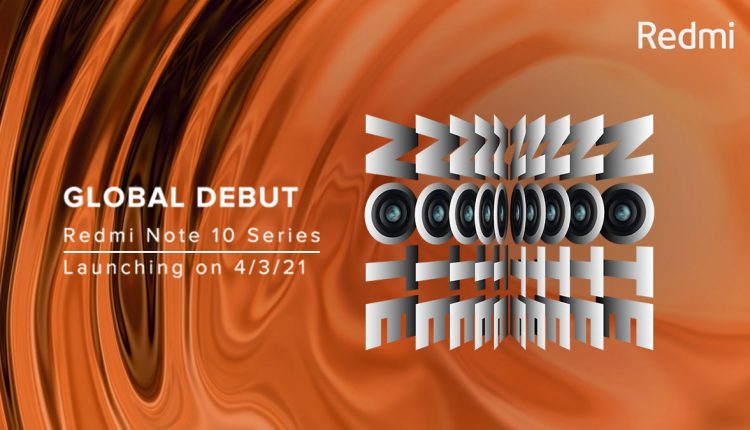 The Redmi Note 10 landing page reveals plenty of information. According to Xiaomi, the Redmi Note series has shipped 200M+ units globally. The handset will ship with Snapdragon processor, which is exclusively designed and built for gaming purposes. The new series comes with an all-new stunning design, which is not only lighter but also better.

The Redmi Note 10 series will carry a big battery with fast charging technology. We expect the integration of a 5000mAh battery, which will be sufficient for plenty of usage of up to 5 days upon normal consumption. The smartphone will ship with hi-res certified audio, which will bring in an amazing audio experience. The Note 10 will be protected with Corning Gorilla Glass on the front side with IP52 rating for water and dust protection capabilities.

Xiaomi Managing Director, Manu Kumar Jain took to his Twitter handle and revealed the launch of the upcoming smartphone. He has been agressively tweeting about the various features of the device.

The company could also conduct a contest on the launch day by throwing in 10 questions. According to rumor mills, the Redmi Note 10 Pro will provide support for 5G technology, while the standard variant comes with 4G support.

Talking about the specifications, the Redmi Note 10 will be powered by Snapdragon 732G processor and up to 8GB RAM and 128GB expandable internal storage. The device borrows power via a 5050mAh battery and is pre-loaded with MIUI 12 based on Android 11 operating platform. You can expect 6GB RAM variant of the Redmi Note 10 and the Pro variant will ship with both 6GB and 8GB RAM capacities.

That said, a screenshot of the Amazon listing was leaked to indicate March 10 as the launch date for the Redmi Note 10. However, it seems to be factually incorrect and we expect the first sale on March 10 after the official launch.