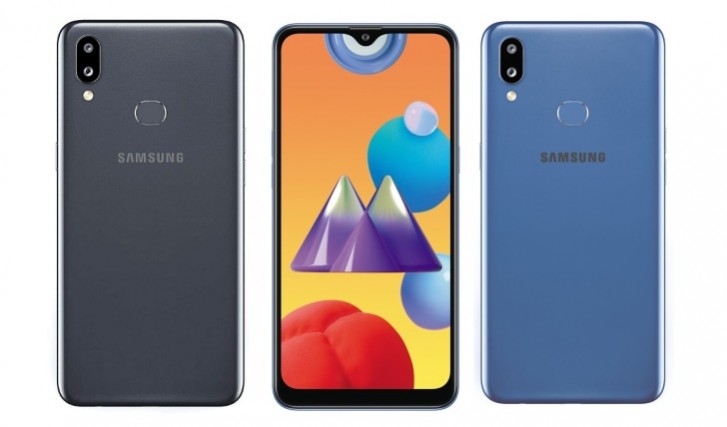 Samsung has added another smartphone to its kitty with the launch of Galaxy M01s. Touted as an entry-level handset, the Samsung Galaxy M01s is equipped with a large 6.2-inch HD+ display coupled with a 4000mAh battery. The display features Infinity-V camera cutout mechanism developed by Samsung and offers 81.8 percent screen to body ratio. You will find the presence of thick bezels on both top and bottom and won’t be like other latest premium devices.

Under the hood, the Samsung Galaxy M01s is powered by a MediaTek Helio P22 processor, 3GB RAM and 32GB expandable internal storage. You will be able to extend the storage up to 512GB via microSD card. The processor is manufactured using 12nm technology, which is less powerful than the Snapdragon 439 processor.

Talking about the optics, the Samsung Galaxy M01s bears a dual rear camera comprising a 13MP primary sensor and a 2MP depth sensor respectively. You will be able to capture brilliant selfies via an 8MP camera sensor, which is significantly less than other competing handsets.

On the power front, the Samsung Galaxy M01s borrows adequate working horsepower via a powerful 4000mAh battery without USB-C fast charging support. You have to make use of the integrated microUSB port for charging purposes. The device includes a rear fingerprint sensor and is preloaded with Samsung One UI Core based on the Android 9 operating platform.

The Galaxy M01s is available in Light Blue and Gray color variants at INR 9999. The pricing is expensive when compared with the specifications. Do you really need to pay this much money for 3GB RAM, 32GB storage, and dual camera when there are devices available with higher capacity for the same price?

Lava is back with Z61 Pro with Snapdragon 712 processor