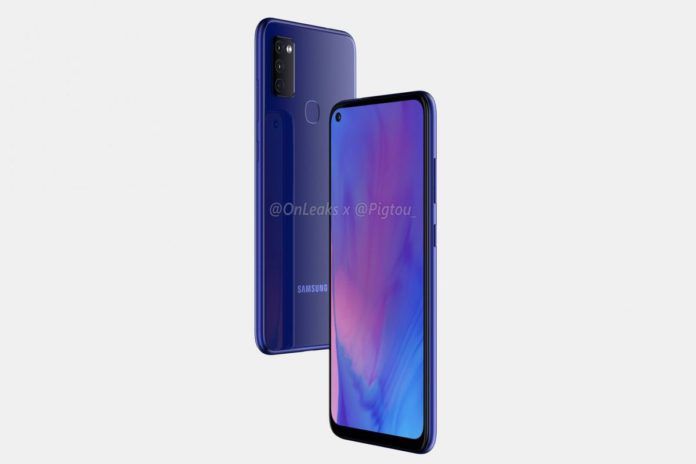 Samsung is gearing up to launch Galaxy M51 smartphone in India. The launch assumes importance with the handset being spotted on certification sites. Moreover, the product page is currently live on Samsung’s Russia website. According to launch rumors, the Samsung Galaxy M51 will be powered by a Snapdragon 730 processor coupled with a 7000mAh battery. If the reports turn out to be true, then the Galaxy M51 will ship with a massive battery capacity beating its Chinese competitors.

The handset is rumored to ship with a 6.67-inch FHD+ AMOLED display. The integration of a 7000mAh battery will enable you to work effectively since you get an enhanced working horsepower. Samsung had shipped smartphones with 6000mAh battery in the past with the Galaxy M31s series. Samsung could also integrate 25W fast charging technology in addition to 7000mAh battery.

On the optics front, the Samsung Galaxy M51 will feature a quad-camera mechanism comprising of 64MP primary sensor powered by ISOCELL sensor technology. The handset will also include a 12MP ultra-wide-angle lens. According to Geekbench, the Galaxy M51 will work with the help of a Snapdragon 730 processor, 8GB RAM pre-loaded with One UI based on Android 10 operating platform.

Samsung was planning to launch the Galaxy M51 in June. However, the production got delayed due to COVID-19 related lockdown and other external factors. You can now expect a launch in September if the company manages to distill the lost time. Talking about the price, the Galaxy M51 is expected to cost below INR 30000 with exciting launch offers. With Onam and Diwali around the corner, you can expect exciting offers.

Oppo A53 to launch on August 25 in India