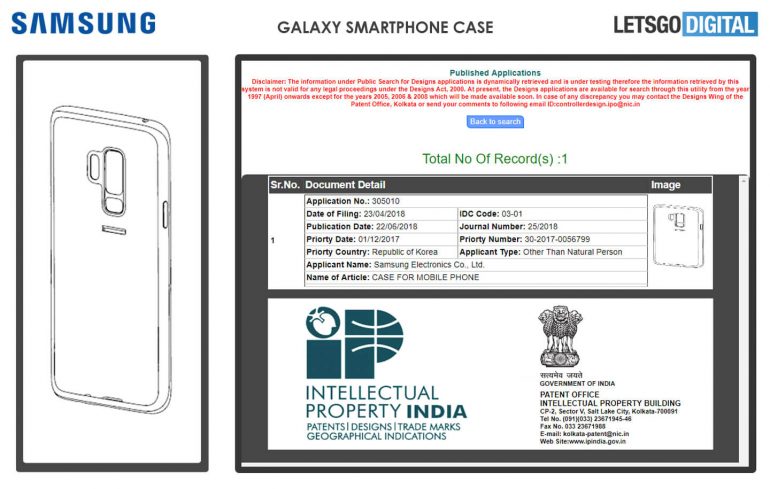 A new Samsung smartphone case for a mystery Galaxy handset has surfaced in India. According to reports, Samsung has filed a design patent application with the Intellectual Property India. The new assumes significance in the wake of the recent launch of the world’s largest smartphone manufacturing plant in India.

The reports indicate that the new Samsung smartphone case is oriented exclusively for an unknown Galaxy smartphone. We can spot placeholders for dual camera sensor and the fingerprint sensor is placed beneath the dual camera.

Interestingly, the LED Flash is placed on the left side of the handset instead of the traditional right-hand side. Moreover, the rear side also features a heart rate sensor. The side panel includes a power button with a 3.5mm headphone port located on the top.

Samsung has placed a small vertical recess below the fingerprint sensor but we really don’t know the purpose behind its addition. It could be either for integrating Samsung logo or a new speaker. We don’t have any confirmation as to for which smartphone the case cover is being released. There are reports that the case could be meant for the Galaxy S10 smartphone but the missing Bixby button puts an end to this rumor.

Xiaomi Mi Max 3 Launch on July 19: Everything you need to know