Xiaomi Redmi Note 9 to launch on April 30: Everything you need to know

Xiaomi is gearing up to launch the much-anticipated next-generation Redmi Note 9 aka Redmi 10X on April 30. The company has mailed out the launch invitations to the media. The invite reveals the fact the Redmi Note 9 will launch via an online event on April 30 at 20:00 GMT +8. The Twitter teaser reveals the title “The Legend Continue” with “Redmi Note 9 is coming” as subtitle. The teaser image also mentions the date and time alongside links to the social media platforms.

The legend of #RedmiNoteSeries continues!

Get ready to meet the newest members of #RedmiNote9Series as well as other great Xiaomi products! #NoMiWithoutYou pic.twitter.com/iWpxwDgCWm

The device will be available in China followed by other markets. The launch will be delayed in India due to the COVID-19 outbreak. Nowadays, companies are not conducting in-person launch events because of COVID-19. We expect the companies to continue with the online event for the next one year.

The leaked design shows the presence of the rear camera enclosed in a square with an LED Flash. We can see Redmi caption towards the bottom of the rear side. The front side appears too black but we could spot the hole-punch display towards the left-hand side. 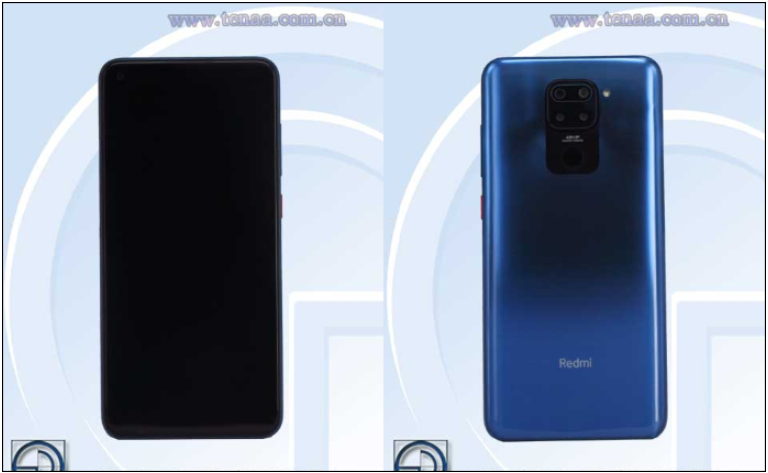 The Redmi Note 9 features a 6.43-inch IPS FHD+ display with a resolution of 1080×2340 pixels. With model number M2003J15SC, the smartphone draws fuel from a powerful 4920mAh battery. According to reports, the weight of the handset will be 198 grams, which is moderate compared to other competing devices. The handset also includes a rear-mounted fingerprint sensor located below the quad-camera mechanism.

Under the hood, Note 9 is powered by an Helio G85 chipset and will be pre-loaded with Android 10 operating platform based on MIUI 12. The Redmi Note 9 will be available in 4GB, 6GB, and 8GB RAM variants comprising of 32GB, 64GB, and 128GB internal storage.

The smartphone will most probably carry a 48MP primary camera sensor alongside three additional secondary cameras. On the front, the device will have a 13MP sensor with a companion LED Flash. The rumor mills suggest the availability of Sky Blue, Green, and White color variants.

The Redmi Note 9 will launch on April 30 in China with availability starting the first week of May 2020. The price will probably start from $199 and will crank up to $399 for the 8GB RAM model. The device will launch in India after the end of the ongoing lockdown. IT will take nearly 3 months for the smartphone to launch in India.